No where in the world is there a movement of animals as immense as the wildebeest migration, over two million animals migrate thanks to its abundant resident wildlife and temperate climate, the Masai Mara is widely regarded as a year-round safari destination. Animals migrate from the Serengeti in Tanzania to the greener pastures of the Maasai Mara in Kenya during July through to October.

Kenya is a one-stop beach destination, best known for its white sandy beaches and warm Indian Ocean. The crystal clear waters are ideal for surfing, kayaking, snorkelling and scuba diving. Beaches and islands in Africa are as varied as the enormous continent itself, each offering something unique to you and your family while remaining distinctly African. Following an East African safari to the Masai Mara or Serengeti, beaches on Kenya's mainland coast or the exotic spice islands of Zanzibar often beckon for a relaxing beach holiday.

East Africa has an abundance of hotels, lodges, guest house, safari camps, resorts, Accommodation will vary between game lodges, hotels and safari camps. Hotels are of International Standards, reknowned for their quality. Some of these hotels are award winners for superior accommodation and eco practices. We book all quality hotels in Kenya and East Africa, as well as safari lodges and camps.

Day 1: Arrive at Entebbe Airport where your guide will warmly greet you and transfer you to either Speke Resort Munyonyo or Hotel International Muyenga for the night.

Day 2: After breakfast and a briefing from the General Manager, your guide will collect you from the hotel and set off on the southbound road, have a stop over to look at the Royal Drum makers, stand on the Equator and be in both hemispheres at once and there after proceed to Kabale the Switzerland of Uganda with beautiful scenery and terraced farming arriving in the afternoon. You will have lunch at Bunyonyi Overland Camp and later go for an afternoon boat trip to Bushara Island arriving at the White Horse Inn in the evening for the dinner and the over night. B,L,D

Day 3: After breakfast, you will then proceed to Bwindi Impenetrable Forest arriving in the afternoon. Best known for its Mountain Gorillas, the Montane Forest also attracts spectacular birds. There are 23 of the 24 Albertine Rift endemics including the African Green Broadbill, Bar Tailed Trogon and other beautiful forest species. You may decide to relax in the afternoon or take a nature walk which will lead you to the Munyaga Waterfall and a chance to see Primates such as the Grey Cheeked Mangabey Blue monkeys and others species. Spend the night at either the Luxurious Gorilla Forest Camp or the Uganda Wildlife Authority Park Bandas. You will need to have a good night’s rest to get ready for the following day’s gorilla tracking. B,L,D

Day 4: This morning you will have to wake up very early to get ready for Gorilla tracking. Do not forget to take your lunch boxes and all the necessary gear to track the rare Mountain Gorilla, perhaps one of the most exciting wildlife experiences on earth. There are now only 650 left in the world! The tracking may take between 2 and 6 hours but its well worth the effort. There are always Park Guides with you who interpret the flora and fauna and the lifestyle of the Gorillas. In the afternoon relax at the camp or take a forest walk. Overnight at Gorilla Forest Camp or the Uganda Wildlife Authority Park Bandas. B,L,D

Day 5: After breakfast, you will depart the Impenetrable Forest for Queen Elizabeth National Park arriving in the afternoon. Relax around the pool after lunch and later go for an early evening game drive. Its little wonder that Queen Elizabeth boasts one of the highest bio diversity ratings of any game park or reserve in the world, – from the open Savannah to Rain Forest, dense Papyrus Swamps and brooding Crater lakes to the vastness of Lake Edward.

The Primates include Chimps, Black and White Colobus Monkeys, Blue, Black Faced Red Colobus, and Red Tailed monkeys and Olive Baboons. Reptiles include the amazing huge Rock-Python, Puff Udders, Spitting Cobras, Gabon Rippers, Green Mambas, Turtles etc. All these are regularly sighted around the tourist village on the Mweya Peninsula and all this makes a superb safari territory.

Birding is also wonderful. Queen Elizabeth Park has the highest recorded number of over 600 species of birds including the Shoebill Stork, Black Bee-Eater, Chappirs Fly Catcher, Bustards, and craters full of Lesser Flamingos etc. Over night at Mweya Safari Lodge or the Institute of Ecology. B,L,D

Day 6: Early morning drive to the crater lakes in Kyambura Game Reserve to see thousands of colorful Lesser Flamingoes, as they feed in these soda lakes. Then go for the afternoon boat trip along the Kazinga Channel. Hippos huff and spray mere feet away from the boat, Buffalo linger in the shallows, a tremendous variety of birds grace the grasses on the shores. Great White and Pink-Backed Pelicans, Great and Long-tailed Cormorants, Open-billed Stork, African Jacana, Malachite and Pied Kingfishers are commonly seen. February and March offer spectacular sightings of some of the bird migrants. Spend the night at Mweya Lodge or the Institute of Ecology. B,L,D

Day 7: This morning, we will have a game drive to the Kisenyi area to look for Lion prides and other wildlife like the Uganda Kob that mate around this area before you head back to Kampala arriving at Entebbe in the afternoon to catch your flight back depending on the International departure times. B,L. 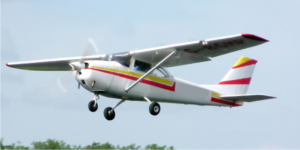